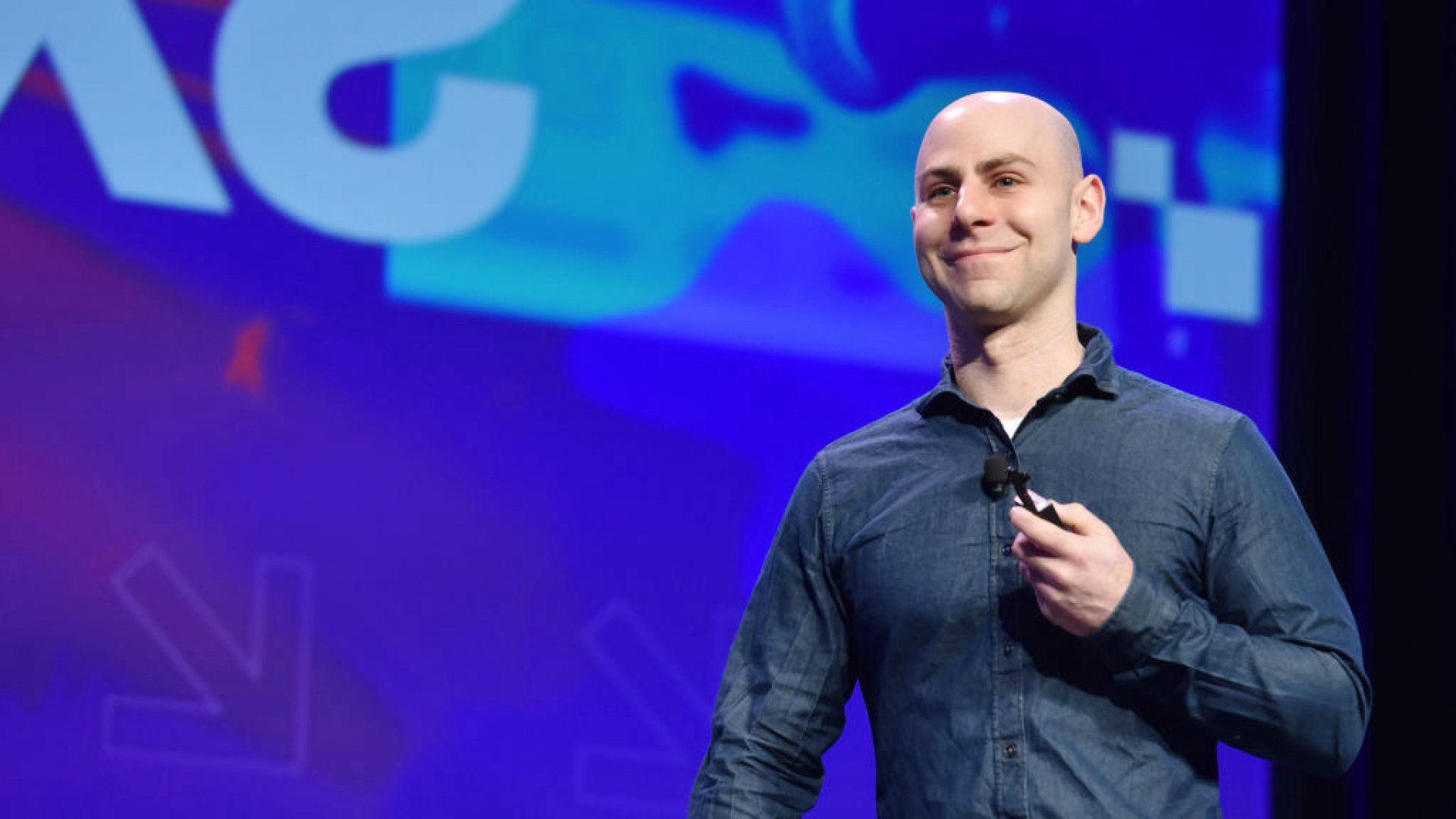 That's why, for the past few years, he's shared a list of upcoming books he feels have the potential to make a real difference in how you think and act.

I'm a terrible negotiator, especially when negotiations turn even the slightest bit adversarial. If you're like me, Carter's book will be right up your alley. She shows how to create better outcomes without burning bridges. Sometimes even building better bridges.

When Konnikova decided to write a book about poker, she knew almost nothing about the game. So she started playing in $20 and $40 tournaments. Then she moved up to higher stakes tournaments, finishing second in one and winning $2,215.

And then she won $84,600 at the PCA National, and decided to push back her book to 2019 and go all in (pun intended) on poker, a decision that paid off when she finished second in an Asia Pacific Poker Tour Macau event and won $57,519.

As Grant writes, "It's rare enough to find a memoir this transfixing or a behavioral science book this insightful. To have them combined in one place -- by a psychologist who mastered one of the most competitive games on earth -- is a real treat."

3. Leading Without Authority by Keith Ferrazzi (May 26)

The author of Never Eat Alone, Ferrazzi turns to building teams. Since no one ever does anything truly worthwhile on their own, that makes Leading Without Authority a book everyone can benefit from.

4. You're About to Make a Terrible Mistake! by Olivier Sibony (July 14)

The title is hyperbolic, but the book is extremely practical.

As Grant writes, "You're probably familiar with many of the biases that can ruin your decisions. The question is what to do about them when you're developing your business strategy, and Olivier has some compelling answers. Drawing on his extensive experience as a consultant and his impressive knowledge of behavioral science, he explains how you can make your organization smarter than the people in it."

As Grant writes, "His book brims with wisdom about how we can turn our daily habits into deeper sources of connection and meaning."

Connection and meaning. Accomplishing more of what you set out to achieve. That's an unbeatable combination.

And now for the books on Adam's list I haven't read (descriptions for each are Adam's):

6. Manifesto for a Moral Revolution by Jacqueline Novogratz (May 5)

Jacqueline is one of the most inspiring leaders on the planet. As the founder and CEO of Acumen, she's spent the past two decades waging a global war on poverty and putting impact investing on the map. Now she's poured her heart into a moving book on how we can do more to make a difference. I can't think of a better time than right now to start learning how to improve at improving the world.

7. Leadership by Algorithm by David De Cremer (May 26)

Everyone is buzzing about artificial intelligence, but few people have a clue how it will affect the way organizations are managed. After spending years studying leadership and trust, David has written the most informative book I've read on how algorithms will change leadership--and which parts are unlikely to be replaced by a machine.

This book demolishes the cynical view that humans are inherently nasty and selfish, and paints a portrait of human nature that's not only more uplifting--it's also more accurate. Rutger is an unusually original thinker, and by taking us on a guided tour of the past, he reveals how we can create a future with more givers and fewer takers.

Many leaders are talking about the need for more diverse, inclusive workplaces, but few are making real progress. Enter Stefanie Johnson, a leading expert. She draws on her background as a researcher, consultant, and adviser to offer rigorous evidence and practical ideas for making sure that people who stand out are able to fit in, too.

Although elite athletes understand the keys to excellence, you rarely have the chance to get inside their heads. You're in luck. As a performance psychologist, Tom has worked closely with some of the world's best in both individual and team sports. In this fascinating read, he shares rich stories and keen insights on the science--and the practice--of achieving and sustaining success.

This is a powerful book about how we can raise girls to become strong, ambitious women. The ideas are timely, and the stories are relatable--Marisa has lived them herself. She flew fighter jets in the Navy and now runs a girls' school.

Sam is a true public intellectual: He thinks deeply about a wide range of issues and engages fearlessly with controversial topics and unpopular opinions. This book features some of the most compelling conversations from his hit podcast. You don't have to agree with him to learn from him--he has a gift for surfacing new ideas as well as new questions.

13. The End of Food Allergy by Kari Nadeau and Sloan Barnett (August 11)

As a pioneering scientist, Kari has steered the allergy world out of the dark ages and into the light of evidence-based cures. For anyone who has suffered from food allergies or lived in fear of them, this book is a ray of hope. It's an illuminating read on why our own immune systems sometimes hold us hostage after we eat--and how we can stop it from ever happening again.

If an organization has ever crushed your dreams, this book just might help to rejuvenate you. It's hard to imagine a better guide to busting bureaucracies and designing workplaces that live up to the potential of the people inside them.

For too long, the public's understanding of social science has been dominated by economists and psychologists. We know a lot about what's going on with dollars and senses, but we're surprisingly uninformed about how social structures are transforming the world around us. As a brilliant sociologist, Mauro is here to change that. His bold, provocative book illuminates why we're having fewer babies, the middle class is stagnating, unemployment is shifting, and new powers are rising. 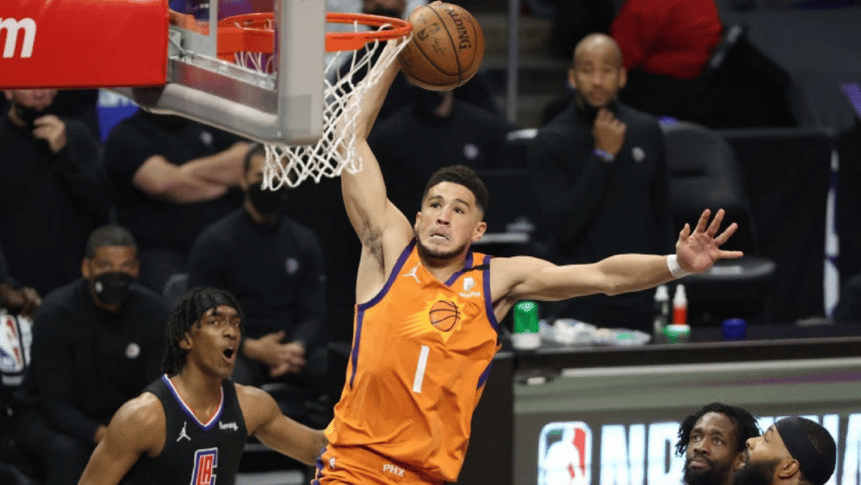 3 Leadership Lessons From the NBA Playoffs 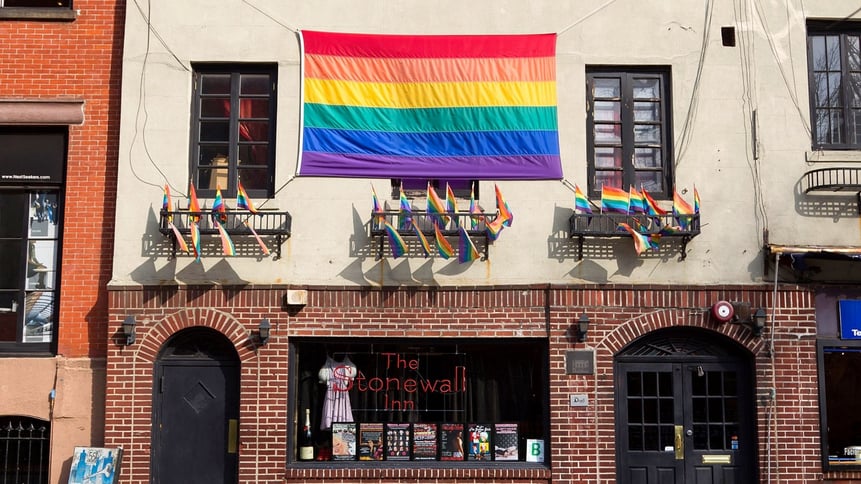 52 Years Ago the Stonewall Riots Sparked a Movement That Lead to Pride Month. 3 Lessons for Leaders Who Want to Make Positive Change